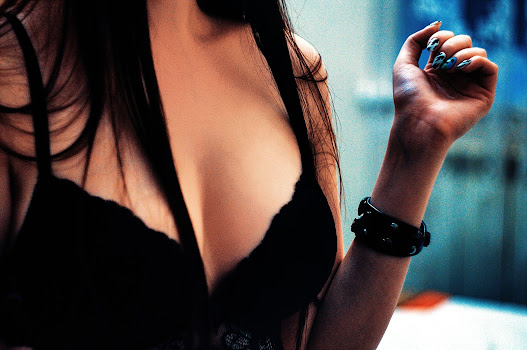 It took three tries to open the door at Ardeen Nutrition. The bell jangled its greeting as I stood panting in the showroom. Anthony rounded the corner, a wide smile on his face. Looking even bigger and more magnificent than I’d imagined. This was the moment I had been dreading and anticipating all morning.

He cocked his head, studying me critically.  “This is a joke. A really, really weird joke.”

I stomped my little foot in frustration, nearly losing my oversized shoe in the process. “No, damn it! Listen to me! Remember yesterday, when Tiffany said she had something that would help me lose weight? Well, this is what it did to me! It made me slimmer...but I didn't know it was going to do this, too!”

Anthony boggled at me, rubbed his eyes. And thankfully, I saw the hard stance of disbelief leaving him. “Okay, wow. This is crazy. But come to think of it…” He scratched his chin. “It’s not the craziest thing I could imagine.  Not around here anyway. I mean, you know Tiffany’s been growing, right?”

I nodded shakily. “I'm...four...nine. More than a foot shorter than I'm supposed to be.”

“Jesus Sam! That’s so short! I can't believe you made it all the way here in that state. You could've called the store you know. I would've been happy to come get you.”

“Would you have believed me? And would Tiffany have let you skip out of work even if you had?”

Anthony gave me a wry little smile. “Point taken. But...it must have been scary for you. Being out in public like that, as small as you are. You must've felt so helpless.”

Anthony was right – the journey at my present height had been terrifying. Riding the bus dressed in a long coat, one that previously came down to my knees and now stopped just short of my ankles, I'd hoped to make the trip without attracting any attention. But my new assets – two gigantic, fleshy orbs bouncing around on my chest – had defeated me there. Even if my coat successfully covered them, they were far too shapely to entirely conceal.  And men, they have a sixth sense about that sort of thing. The driver, the patrons on the bus, and every guy I passed on the street had all stared open-mouthed when they thought I wasn't looking. Worse, my heightened awareness of – well, height – had been on fire the whole trip. Being scared, and vulnerable, and turned on all at once, had left me feeling dizzy.  I’d just barely managed to keep my body's reaction to my new size under control.

I'd made it through that ordeal, and I was fine. I'd been holding it together all day in fact, from the morning's first measuring, to the search for proper attire, to arriving here and facing my crush at a new, miniscule height. But the sound of Anthony's voice, the caring look on his face...it was just too much. I felt tears welling in my eyes.

He was there immediately, holding me against him, petting my hair. “Hey, hey. It's going to be alright. You're here now. With me. And I bet Tiffany can fix everything, with whatever she has that's been making her grow.”

“You...you think so?” I looked up hopefully, into his handsome face. God, he was enormous! Well okay, that's a bit of an exaggeration – even at my present size he only seemed to be a reasonably tall man. But the height...it looked good on him. I felt utterly helpless in his arms. Helpless, yet safe. Protected. The role of knight in shining armor seemed to suit him to a tee.

And something else I realized. In all the time that I'd been here, Anthony had yet to stutter. Or look away from me in embarrassment. His cheeks hadn't flared their usual deep maroon. He seemed so...confident. Assertive. As if he was in complete control of the situation.

“Samantha?” His voice was barely above a whisper.

“Yes?” He was still stroking my hair, his fingernails gently grazing my scalp, sending a soft, pleasurable pulsing down my spine.

“I know this may be off-topic. And it's inappropriate too, given the situation. But I've been meaning to ask you something, for a long time.” The feeling of being held by him, this man who was so much larger than me, was almost magical. His fingers were tracing a line from the tip of my ear to the base of my jaw. The tiny, sensitive hairs at the nape of my neck stood up, practically begging for his touch.

“What do you want to ask, Anthony?”

Right on cue, I heard booming footsteps coming down the aisle behind us.

“Anthony Spielmen! Exactly what do you think you're doing? You release that little girl this instant!”

Wincing, as if her words had been a slap, Anthony let me go. He turned, standing in front of me, shielding me from Tiffany's view. “Woah, okay, awkward. Hold on a second, you don't understand.”

From over the top of Anthony's head, Tiffany's gigantic face came into view. Her eyes went wide with surprise, but not the kind I might have expected. It looked like the kind of expression a girl might wear when being presented with a box of chocolates on Valentine's Day. A box of chocolates she already knew was coming. “Samantha! Why, what has happened to you? Where's the rest of you, girl?”

Tiffany was an absolute giantess to me – my head didn’t even reach the level of her breasts.  She was the biggest person I’d seen today by far, and I felt my heart skip a beat at the very sight of her. She looked as if she had grown since the day before too, though of course that was just my change in perspective. But despite her size, I felt anger welling up inside me. And fueled by all the trials and tribulations of the past twenty-four hours, I exploded.

“You know where the rest of me is!” I shouted at the amazon bitch, my hands clenching into fists. I slapped one of my newly enlarged breasts, setting it to jiggling like a garbage bag full of Jell-O. “It's here! And it's in that weird steam that came off me! That cream you gave me was supposed to improve my figure, not shrink me. You knew this was going to happen too, didn’t you?. Why did you do this to me?”

Tiffany held up her hands, looking vaguely amused at my outburst. “Easy, easy,” she hushed. “Reduction in size was only a faint possibility. Though maybe it is partially my fault....”

“Partially?” Anthony repeated under his breath.

If Tiffany had laser vision, the look she shot at him would have punched a hole straight through his forehead, and on into the next county. She reached down, and with no apparent effort shoved my white knight out of her way. He gave a startled little “Hey!” and just managed to catch himself before flying headlong into a giant pyramid of vitamins.

The huge girl glared down at me, but I continued to meet her gaze defiantly. Finally she broke, and looked away. “I should have given you dosing instructions,” Tiffany said, in a tone that indicated it was all the apology I would ever get. “You obviously used too much. But look on the bright side – you look fantastic! You could have a new career as a junior-petite fitness model, without any doubt. Perhaps this is going a bit too far, but you're almost as attractive as me! Putting aside your 'little' problem, I think the cream worked perfectly.”

“Granted, but....” As I looked up at the gigantic girl, my throat suddenly felt too dry to speak. God, I could hardly hold it together, standing this close to her. Tiffany's massive size, her beauty, the way she was looking at me like a little morsel waiting to be devoured. My knees felt weak...my head swam with...with what? The first word that came had been 'desire.’

Anthony, still visibly shaken at being thrown around like a rag doll, noticed my hesitation. And bless him, he was brave enough to pick up the argument. “Can you help her, or can't you?”

“Of course I can help,” Tiffany answered, without turning her gaze from me.  She grinned, in a way that made me think she knew exactly what was going on inside my head. She came closer, moving with a slow, sensuous gait, not stopping until she was almost chest-to-chin with me. She was so much larger than me that I could barely even see her face from this angle, and I had to crane my neck to its maximum just to see the bottom of her chin. My pulse pounded, my hands and arms felt numb. I had to struggle to keep my breathing regular.  I swayed forward, teetering, and came within millimeters of falling into her enormous breasts.

I became aware that she was still speaking, directing her words to Anthony. “...and besides, It's just a matter of applying the other formula. The one I use. Believe me, now that she’s lost that last little bit of baby fat, Samantha has nothing to worry about. When I first started using the growth serum I was this little thing, probably no taller than five foot ten. And, well, look at me now!”

“Really? You'll let me use your growth formula?” My voice sounded far away to my own ears.

Tiffany peered down from high above, as though she had forgotten I was there. The giantess laughed warmly, and gave me a humiliating little pat on the head. “Of course I will, dear. I'm not a monster. I'll have you back to normal in no time. And maybe, if you're good, I'll let you keep using it. Call me crazy, but I have the feeling you wouldn’t mind adding a few extra inches.”

Anthony glanced back and forth, from Tiffany to me, his mouth hanging open in disbelief. “I think you're both forgetting a very important fact – that all of this is impossible. People don't just magically grow a foot taller in less than a year. Or shrink overnight, either! This cream...Tiffany, where did you get that stuff, anyhow? What the hell is in it?”

She ignored him. “I'll tell you what, Samantha hunnie. Come into the back room with me, and let's apply your first dose right away. I find it works best of all if you have someone else rub it into you.  And I’ve been hold I have very good hands.”

An unmistakable bolt of pleasure shot through me. “Can we?”

“Yes, sweetie. I'll even give you a bottle of the expanding serum to take home afterward, free of charge. Just my way of setting things right. What do you say?”

I nodded eagerly, any objections I had to the strangeness of the situation gone. When she held out her hand to me, the way a mother might before leading her child across a busy intersection, I took it without a second thought.

“Samantha….” Anthony sounded so worried. I tried to spare him a reassuring look, but Tiffany had already put her body between the two of us.  She led me toward the back of the store, and through a large door marked with a sign reading 'Private.' It snapped shut behind us, and immediately after I heard the distinctive, metallic snick of a latch being set in place.

Posted by pseudoclever at 2:36 PM